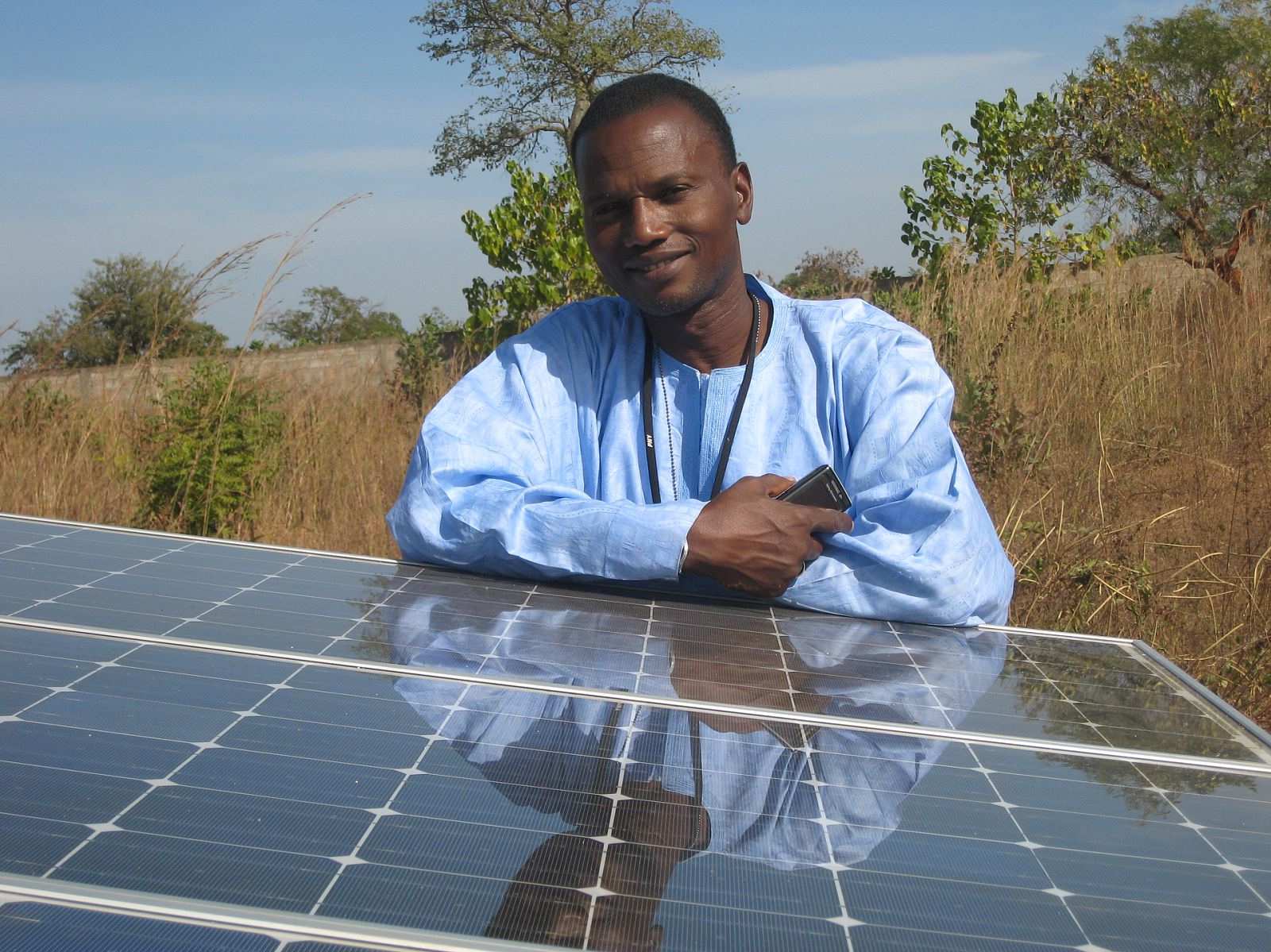 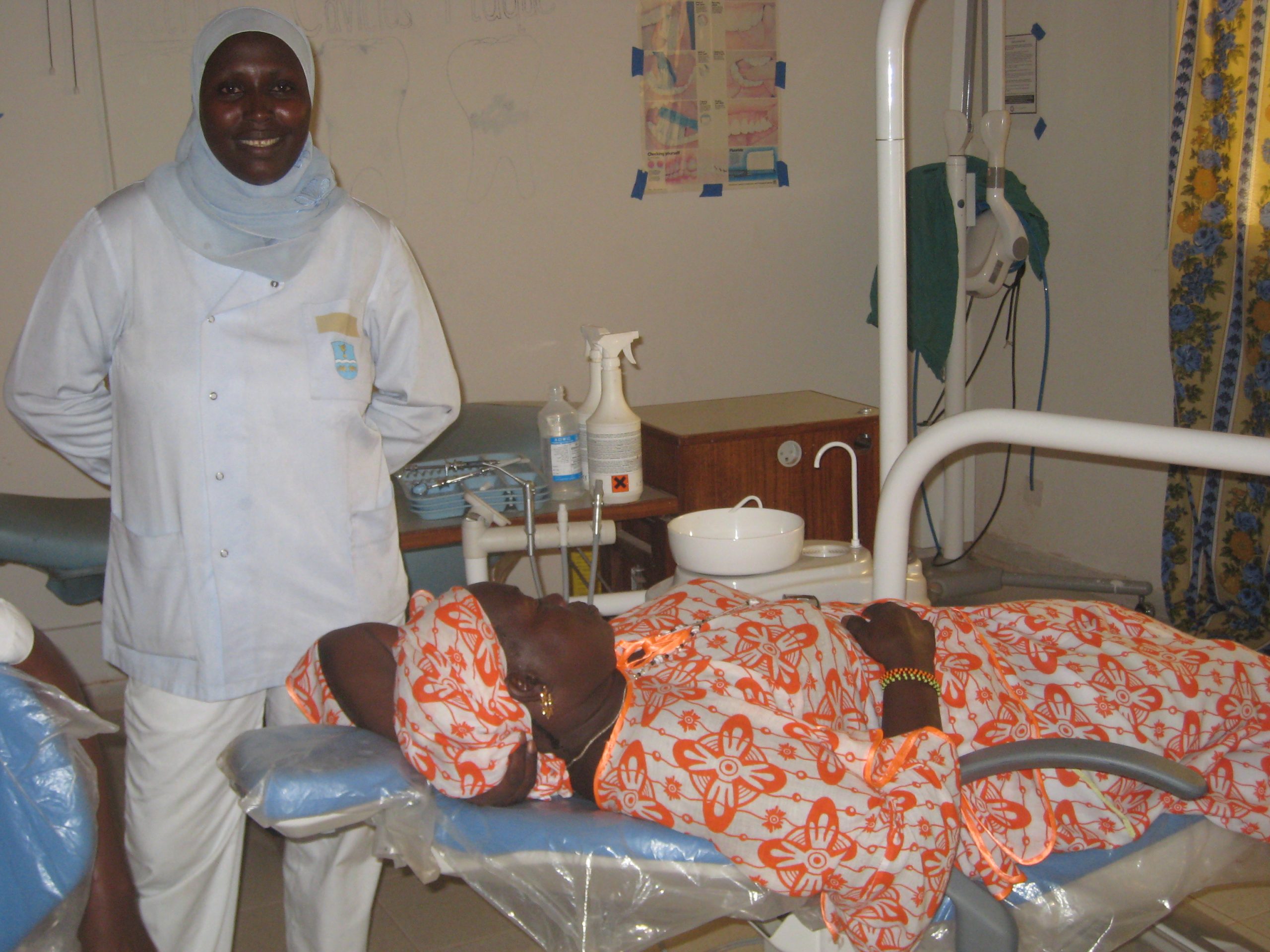 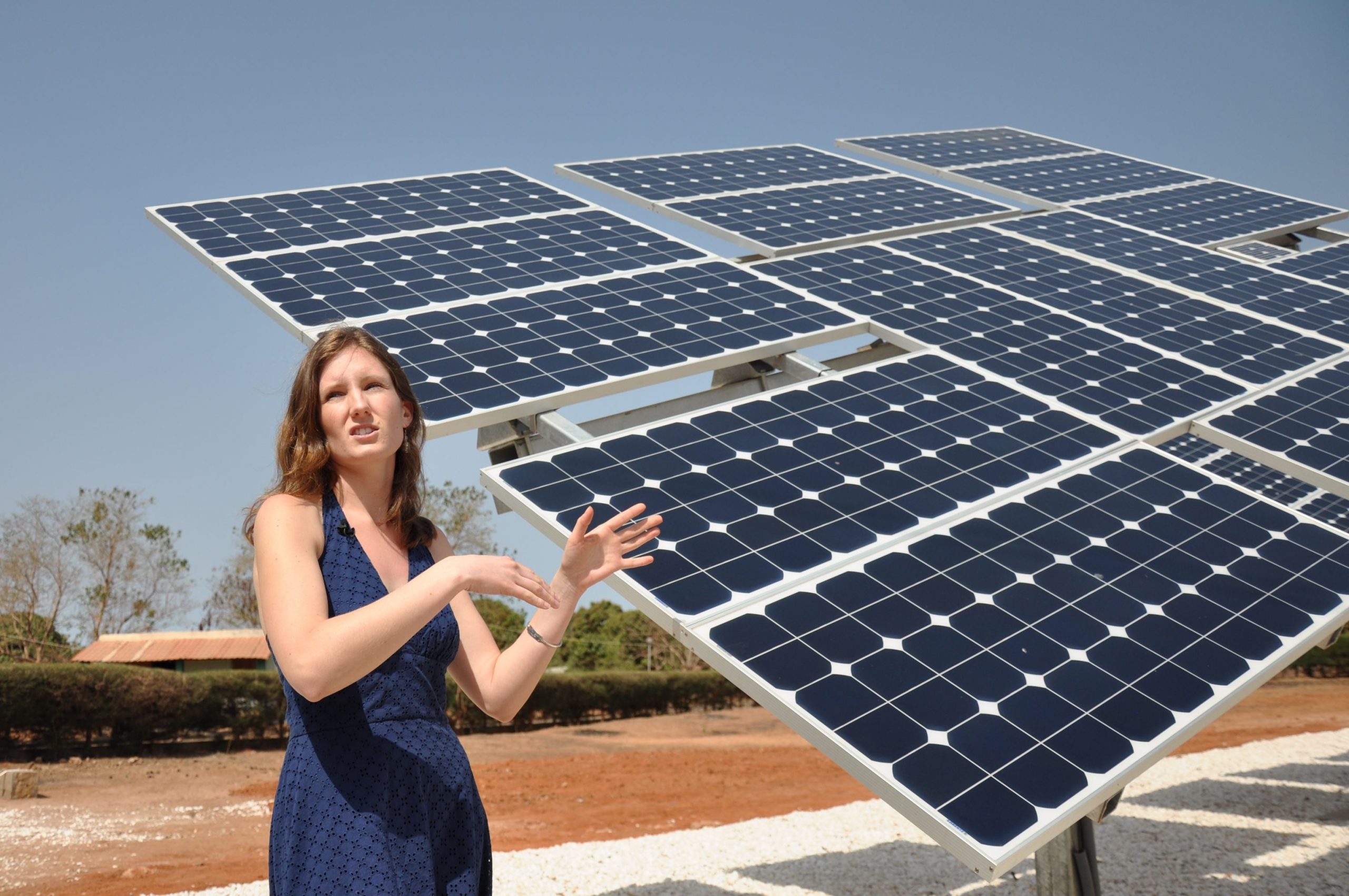 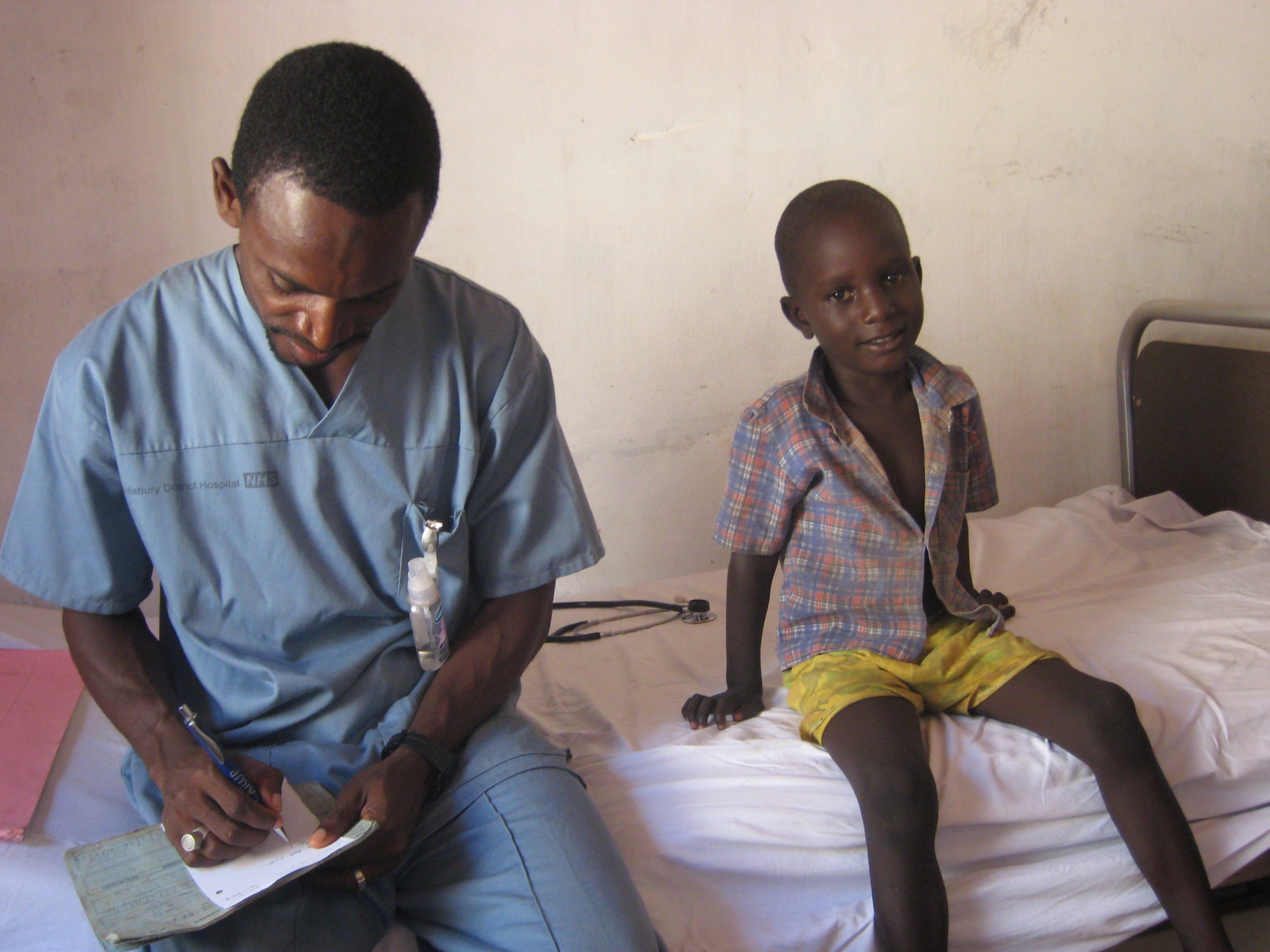 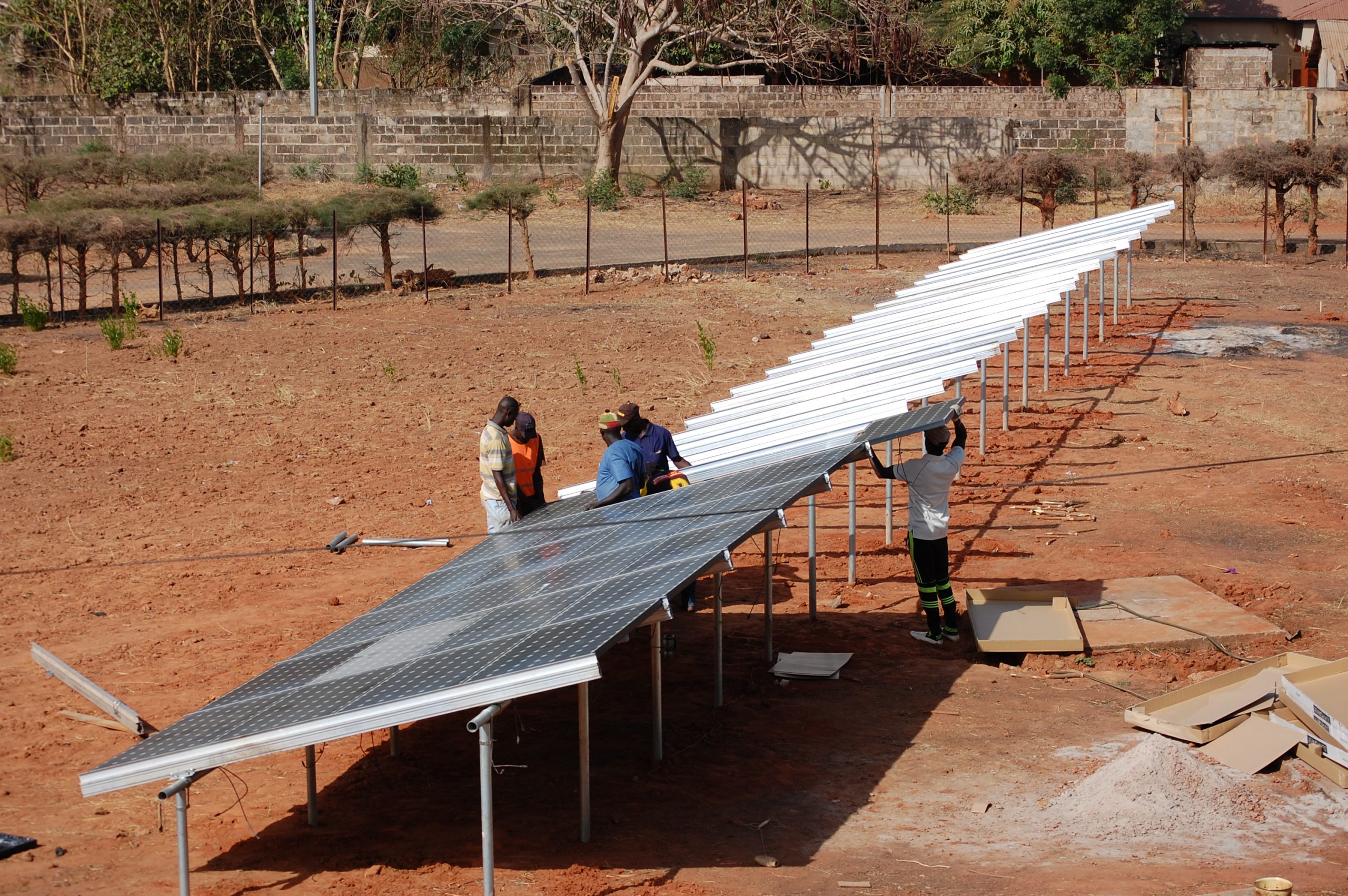 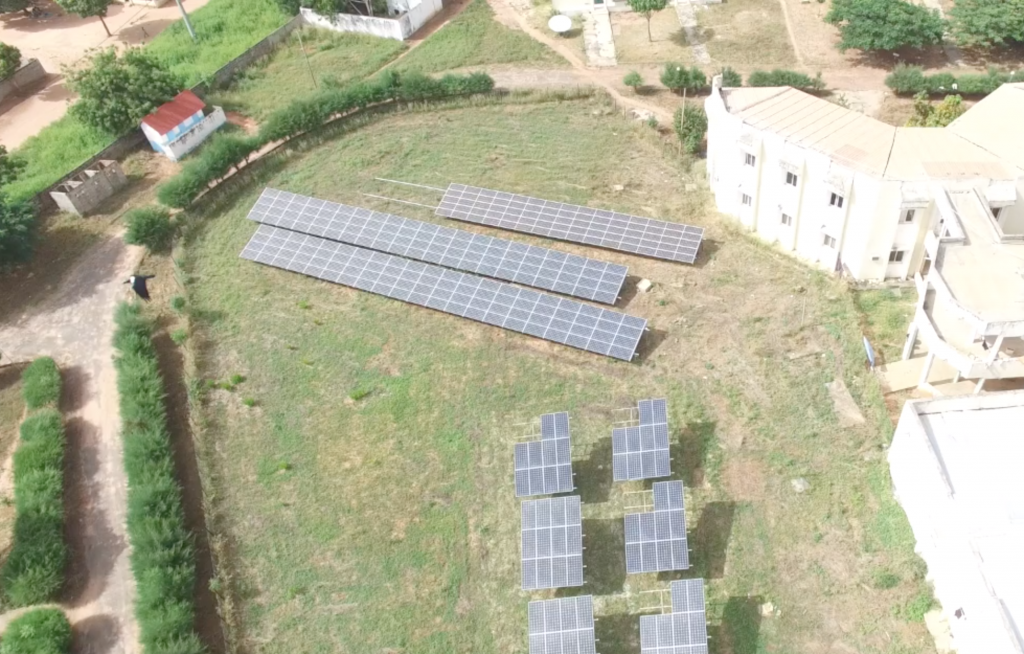 Power Up Gambia started at Bwiam General Hospital. In 2006 a young American student, Kathryn Hall, spent a summer volunteering at Sulayman Junkung General Hospital (now Bwiam General Hospital). At that time, the hospital had no reliable electricity – there was no local utility grid in Bwiam. The hospital was seeing over 2 0,000 patients a year but the services they could offer were severely compromised due to their dependence on unreliable and expensive diesel generators for electricity. The cost of fuel was so much that the hospital could only afford to run them for 4 to 6 hours a day – leaving the facility without power most of the day and night. Without constant electricity, the hospital couldn’t pump water for sanitation, keep blood on hand for emergencies, store medications or vaccines properly, run laboratory tests or provide oxygen in life threatening cases. For nurses and doctors, the frustration was endless.

But the hospital administrator, Mr. Kebba Badgie, had a plan. What if the hospital built a solar power system and generated their own electricity? It was an audacious idea – few solar power systems had been built in The Gambia, and nothing large enough to power a hospital. But with this challenge put to her, Kathryn formed Power Up Gambia and committed herself to providing a sustainable renewable energy system for the hospital.

By 2008, Kathyn had raised funds for the the hospital to build a solar water pumping station for a reliable water supply. And by 2009, she had raised the funds to build a 12 kW off-grid solar power system with battery back up to provide 24 hour power to the criticalcare areas of the hospital. With this solar power, the medical staff were able to improve patient services significantly. As the hospital’s ability to supply services improved, more patients came to the hospital. And as both the patient load and the types of health services available increased, so did the need for more energy.

In 2016, Power Up Gambia started to work on an upgrade to the original solar power system. The Gambia utility company NAWEC had extended the country utility grid to Bwiam in 2015. But the electricity was erratic and expensive. With the hospital, Power UP Gambia decided to build a hybrid system of 64kW of solar power – grid connected but with battery back up for night time use when the grid was down. The connection to the electrical grid is a “net-metering” connection, providing power to the grid when the hospital solar system has excess power generation and using that “power credit” to offset other electrical costs. This system makes the hospital energy self-sufficient and improves their services by eliminating a major overhead cost for the hospital – the use of costly and highly polluting diesel generators.

With the support of grants from the Global Environmental Facilities, the Robertson Family Foundation and the Nana Fund of the Triskles Foundation, and with the generous support of individual donors in the United States, Power Up Gambia was able to start construction of the system in 2009 – 10 years after our first solar project.

The first part of the project was to test and refurbish the old system. Environmental conditions in The Gambia can be harsh on electrical equipment, so it was important to take down, clean and test each part of the original solar power system. Then came the important step of upgrading the hospital wiring. The end goal was to e wanted to make sure that the electrical system would not only meet the hospital’s current need, but that it would allow for the hospital’s future growth.

Only after those first two steps could we move to the final step – building the solar arrays, mounting and wiring the solar panels, installing the new inverters and controllers and installing new batteries. All of the steps of the process were done working with the hospital maintenance team and the Gambian contractor Greenlink ( https://wa.greenlink.solar/) together so that the hospital team became trained on how the system worked and would be able to maintain it in the future.